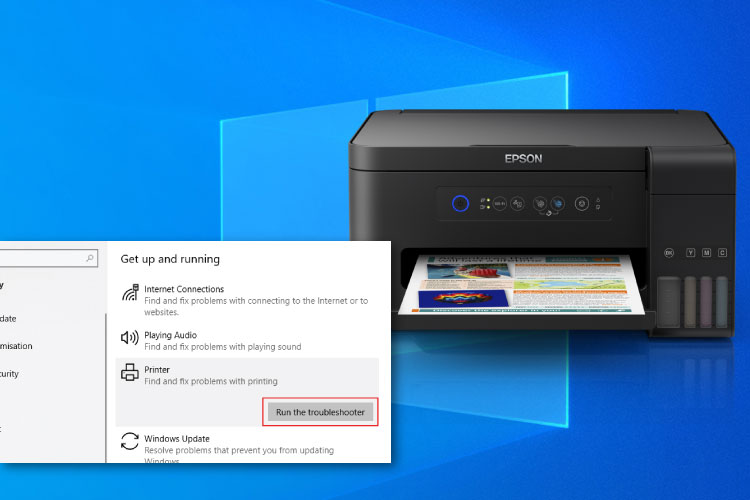 Most of the time, updating the OS would get rid of any of the software bugs that may cause common printer problems in Windows PC, such as printing only a page and stopping or corrupt print jobs. However, when it comes to updating Windows 7 or 8.1 to the latest version of the OS, which is Windows 10, it may trigger printer issues that may be hard to understand for a newbie to printing with Windows 10.

This is especially the case if the new version of Windows does not support previously installed drivers. If you are facing any issue such as disconnection of the printer, an inability to take printouts, or hardware not recognized despite proper connections, get in touch with a reliable printer support team for help. Alternatively, try the below troubleshooting steps and see if that works.

Use Troubleshooting Utilities in Windows 10

To resolve pressing Windows 10 printer problems, you need to check for the said tools offered by the OS. To find the same, click on the Start button and search Devices and Printers in the search box. Then, click the respective option from the suggested listing to open it in Control Panel. After that, run the printing troubleshooter wizard to diagnose and resolve the Windows 10 printer problems automatically.

If the diagnostic fails to resolve an issue, you may have to remove the software driver of the printer installed in Windows 10. For that, choose the printer and click on the Remove Device option. If the OS does not find a different version of the driver automatically, you need to manually search for the corresponding driver of the printer model in the website of the device manufacturer to download and install the same following on-screen prompts in Windows 10.

Other Options to Install Printer

If the following manual install has not shown the printer in Devices and Printers, you need to navigate to Start > Settings > Devices > Printers & Scanners and choose to Add a Printer option to the right. If it is not listed under the Printers & Scanners heading, click a button that reveals a window containing five options to find a printer in Windows 10 including Add a Bluetooth, Wireless, or Network Discoverable Printer. The other three options enable users to add the shared device over a network, and the fifth one lets install a local printer. If Windows detects the printer though, install it following on-screen prompts.